The ‘Five Element’ and ‘Traditional Chinese’ Acupuncture systems are taught in the UK as two schools of Acupuncture that focus on slightly different aspects of our health. Historically things were different.

They both use the same acupuncture points but the selection and combinations of points is different.

Before the Cultural Revolution in China these systems were not separate, they are the Acupuncture theory developed out of 2000 years research.  However Chairman Mao tried to remove the ‘spiritual’ aspect from Acupuncture and so he banned the teaching of certain diagnoses and treatments.

Fortunately this information left China and is preserved in Europe, the United States, Asia, Australia and South America as ‘Five Element Acupuncture’.

Five Element theory has within it tools to affect the mind and spirit of the person  what we might today describe as psycho-therapeutic.  We use it to lift the mood or calm nerves, depression and some mental-emotional disorders can also be treated.  The Chinese schools still do not allow the teaching of the Five Elements and ironically Chinese practitioners have now started coming to the West to learn these tools as they are lost in China!

The Five Element System is a diagnosis of the client’s character based on his or her emotional reaction to stressful events, their 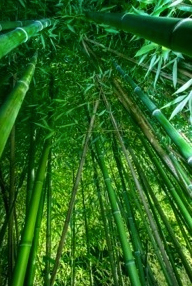 motivation or fears. A facial colour, voice tone or even smell can sometimes also be found.  The treatment uses the same acupuncture points but are they are used in combinations to affect certain meridians or using points to affect the ‘spirit’.  Typically less needles are used in Five Element work than TCM Acupuncture.

Acupuncture and Chinese Herbs are used alongside Western Medical approaches together in hospitals which has allowed there to be many more studies and research on the effectiveness of acupuncture for many medical complaints.

This work in China has helped the acceptance of Acupuncture as a medical science with a real contribution to make to the understanding and treatment of illness.  Much work has been done on Meridian theory and the understanding of the electrical pathways that Acupuncture uses. See the videos section for an interesting documentary film showing scientific evidence for the effectiveness of Acupuncture.